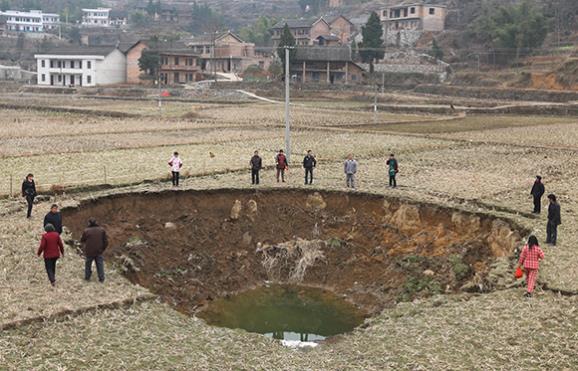 Residents in the village of Lianyuan in southern China's Hunan Province have been treading rather gingerly these last few months.

Over 20 sinkholes have opened up in the ground since last September.

The cave-ins, which range in size, have seen houses collapse and rivers run dry. And there is never any warning as to where and when the sinkhole occur.

A sinkhole in the Chinese village of Lianyuan. Image: Rex Features

According to local authorities, the main reason for the cave-ins is the number of coalmines in the area.

It is not clear what steps are being taken to prevent further sinkholes from appearing. MSN