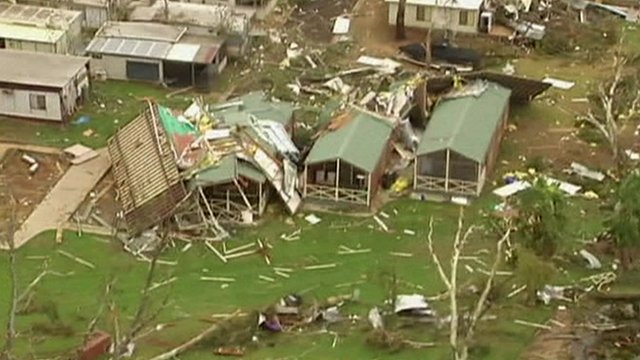 AUSTRALIA - Two Australian men made a dramatic escape from a tornado in New South Wales after the twister touched down only meters from their car. Daniel Clarke, 24, told Australia’s 7 News channel how he was driving from the town of Mulwala to nearby Barooga when the tornado, which was around 50 meters wide at its base, appeared in a field next to them. Nearby power lines exploded with a blue flash as they were hit by the whirling column of air. With rain and debris hammering the windscreen as the tornado advances towards them, Mr. Clarke reverses at speed before performing a hand-brake turn in the road. But the twister continues to barrel through the adjoining field, travelling almost parallel to their car at a speed of approximately 50 mph.  EP