Signs of the Times? 60,000 Antelopes Mysteriously Die in Four Days 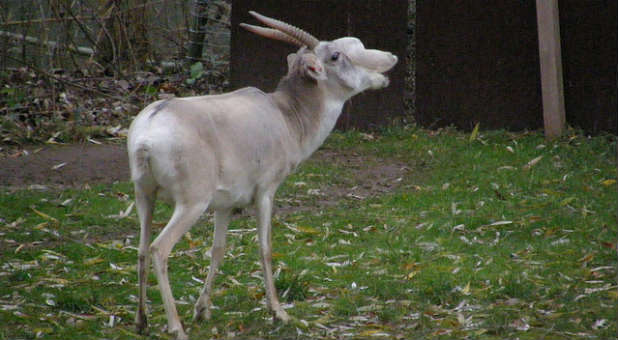 In May 2015, nearly half of all the saigas, a critically endangered antelope that roams the steppe of Kazakhstan, died off. Exactly why is still a mystery.

At first, the saiga deaths didn't seem that strange. After all, there were a few limited die-offs in previous years.

The problem escalated when it didn't stop at just a few saigas; according to news reports, an entire herd of 60,000 died off within four days. It wasn't just one herd either—multiple herds were afflicted. 148,000 were dead within a few weeks.

When the month of June came, the saiga die-off stopped just as quickly as it began. The remaining population behaved normally. And scientists were left with a complicated situation to figure out.

Geoecologist Steffen Zuther told LiveScience, "The extent of this die-off, and the speed it had, by spreading throughout the whole calving herd and killing all the animals, this has not been observed for any other species. It's really unheard of."

Some scientists have speculated that bacterial overgrowth, caused by eating too much greenery, might be the culprit, but recent analysis has not supported this theory.

Another theory is that mothers' milk may have become toxic; that would explain high levels of female and young calf deaths.

Recent research have identified the toxin Pasteurella multocida in the animals. At first glance, this toxin appears to have caused massive internal bleeding, which led to the herd's death. There's only one problem: Pasteurella is typically harmless and even common among saigas.

Furthermore, none of the available theories explain why any infection would have spread so quickly and been so abnormally fatal.

Richard Kock, a wildlife veterinarian who accompanied the research team, was mystified. He told Nature, "'I have worked in veterinary diseases all my career and I have never seen 100 per cent mortality." Charisma