The district of France that includes Paris signed an agreement with the Palestinian Authority to provide funding for programs in eastern Jerusalem. 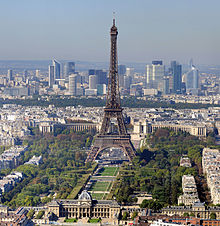 The pact between Ile-de-France and the PA, which was approved Sept. 28 and will be signed this month, will send 300,000 euros (nearly $400,000) for educational and social welfare programs to eastern Jerusalem, according to the Times of Israel.

The agreement undercuts Israel's claim to eastern Jerusalem, a largely Arab district that Israel considers part of its united capital.

"There is very high sensitivity to the Palestinian cause in France," Ile-de-France Councilman Jacques Picard told the Times of Israel. "This symbolic move is certainly intended to send a political message."