Oregon to Let Teens Get State-Covered Sex Changes ... Without Mom and Dad Knowing 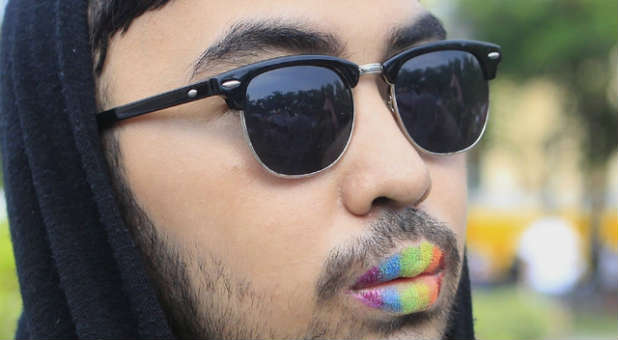 New year, new you: It's a phrase meant to inspire change and resolutions, but not this much change.

In January, Oregon enacted a law that would allow Medicaid to pay for gender-reassignment surgery. According to NPR, the coverage is supposed to save the state money, because paying for treatment is cheaper than dealing with the consequences of ignored gender dysphoria, such as anxiety, depression and suicide.

Under this policy, children as young as 15 can get the surgery ... without parental permission, according to Fox News.

"It is trespassing on the hearts, the minds, the bodies of our children," Lori Porter of Parents' Rights in Education tells Fox. "They're our children. And for a decision, a life-altering decision like that to be done unbeknownst to a parent or guardian, it's mindboggling."

Porter isn't the only one outraged.

"To know that taxpayers are now on the hook for that, that a child can do that without their parent's knowledge or information or consent, parents have absolutely no say, that's appalling," Lisa Maloney tells Fox. Maloney is a parent and on a local school board in the state.

To qualify for the surgery, a patient must do the following:

2. have completed twelve months of continuous hormone therapy as appropriate to the member's gender goals unless hormones are not clinically indicated for the individual

3. have completed twelve months of living in a gender role that is congruent with their gender identity unless a medical and a mental health professional both determine that this requirement is not safe for the patient

4. have the capacity to make a fully informed decision and to give consent for treatment

6. have two referrals from qualified mental health professionals with experience in working with patients with gender dysphoria who have independently assessed the patient. Such an assessment should include the clinical rationale supporting the patient's request for surgery, as well as the rationale of the procedure(s).

And all of that is supposed to save the state money.

"People with gender dysphoria that did not receive treatment had a much higher rate of hospitalizations or ER visits or doctor visits for depression and anxiety," Dr. Ariel Smits tells NPR. Smits is the medical director for Oregon Health Policy and Research.

According to Fox, the Health Evidence Review Commission estimates the total cost of adding cross-sex hormone therapy, puberty-suppressing drugs and sex reassignment surgeries to the coverage will be no more than $150,000 per year.

Through the treatments, HERC estimates there will be one fewer suicide attempts per year, Fox reports, which will save the state approximately $8,000.

But to allow a teen to do such a thing is practically child abuse, says one expert.

"We have a very radical and even mutilating treatment being offered to children without any evidence that the long-term outcome of this would be good," Dr. Paul McHugh, who led the Johns Hopkins Psychiatry Department and still practices, tells Fox. Charisma