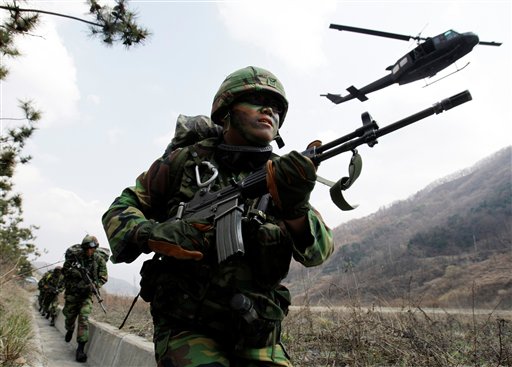 NORTH KOREA – North Korea was rattling its sabers and sparking fears overnight. Its military is now threatening South Korea, Japan, and the United States saying that war is coming. The statement from military leaders have said: “Outbreak of war in Korea is now just a matter of time. Nothing can prevent war from breaking out.” The communist North is claiming that its missiles will target U.S. bases in Guam and Japan. That is where some of our nuclear submarines and B-52 bombers are based. The threat came two days after U.S. bombers carried out simulated nuclear bombing raids on North Korea. Tensions spiked in the region after North Korea carried out its latest underground nuclear test last month. And then again after new United Nation sanctions last week.  EP