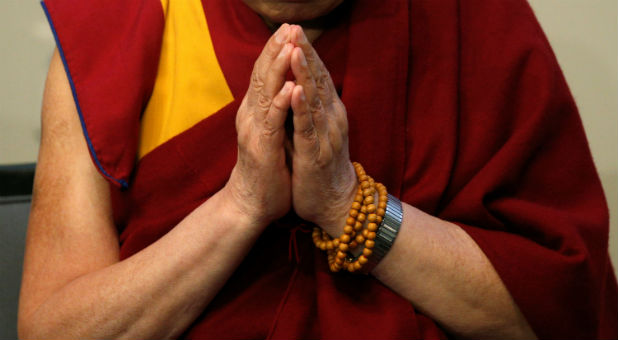 All the revival needed was the first spark of a Tibetan monk. When he converted to Christianity last year, the revival fire exploded. Now, more than 200,000 Tibetans have accepted Jesus into their lives, according to multiple reports.

Asian Access' Joel Handley says he believes much of the faith sweeping the region stems from Christian response to the devastating Nepalese earthquake more than a year ago.

"They haven't seen Buddhists, Hindus or other religious groups helping in the midst of the rubble. Rather, week after week, it is the followers of Jesus who have proved the test of time, sacrificed their own lives to serve and been the hands and feet of Jesus," Handley says.

Asian Access wants to build the Kingdom of God throughout Asia using local leaders, according to their website.

"As we focus on that demographic, we want to develop leaders who are growing in Christlikeness. We focus on urging each leader to nurture their love relationship with God; this produces character and being molded into Christ's image. But it's more than simply growing personally. As a result of participating in the A2 Leader Development program, we want graduates to be more Christlike leaders, too. Because they are positive role models, this affects everyone in each leader's leads," their site reads.

The organization works all over the continent and into Eurasia, from Afghanistan to Cambodia to Kasakhstan to Turkmenistan to Vietnam.

"Asian Access just has the privilege of coming alongside key pastors like the ones that have invested in this Tibetan priest's life," Handley says. "We invest deeply, building their capacity so they can reach their communities." Charisma