'Europe Is Alive for Jesus': Revival Breaks Out in France 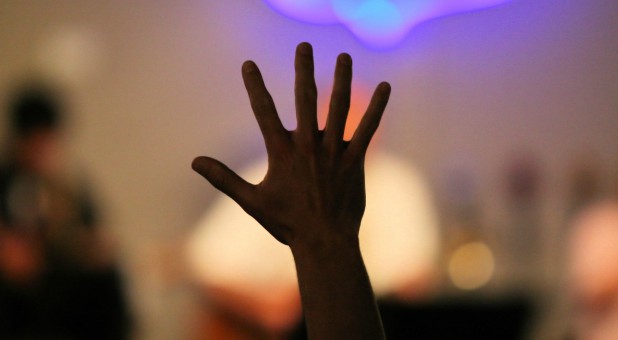 Amid the ongoing threat of Islamic terror and economic instability, thousands of people in France are giving their lives over to Christ.

People from all over Europe flocked to Nates, France, last week to seek the Lord at the Grande Conference.

The purpose of the conference this year was to call an increasingly secular Europe back to a true relationship with God.

The key phrase of the conference was "mercy triumphs over judgment," a banner declaring God's ability to heal and restore Europe.

Chris Gore, a minister from Bethel Church in California spoke at the event and posted about it on Facebook. He says hundreds of people encountered the gospel and surrendered their hearts to Christ.

"The first session of the conference, over 70 percent of over 1,000 people gave their lives to Jesus for the first time," Gore writes. "The hope of this nation is the gospel."

Not only did hundreds of people give their lives to Christ, thousands more experienced life-changing miracles.

"Europe is alive for Jesus! What an incredible night in France. We saw tonight around 2,000 miracles and exactly 100 reports of deaf ears opening," Gore posted along with a video of an auditorium full of people praising God.

The revival comes in a time when most news headlines bear grim news about Europe. Gore believes the key to overcoming the darkness surrounding Europe is equipping believers to be the light of the world.

"Jesus said when He was on this earth, 'I am the light of world.' When He left He said, 'Now you are,'" Gore says. "When we shine our light, darkness has no option but to leave!"

The revival is not just staying in France. Gore and other ministers from around the world are also traveling to conferences in Germany and Austria later this month to change the spiritual condition of Europe with the power of the gospel. Charisma