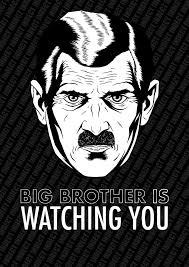 WASHINGTON – The EU is demanding assurances that Europeans’ rights are not being infringed by massive, newly revealed US surveillance program. Justice Commissioner Viviane Reding plans to raise the concerns with US Attorney General Eric Holder on Friday. Last week a series of leaks by a former CIA worker led to claims the US had a vast surveillance network with much less oversight than previously thought. The US insists its snooping is legal under domestic law. The Obama administration is investigating whether the disclosures by former CIA worker Edward Snowden were a criminal offence. More revelations are promised to be released to the press in coming days about the extent of U.S. domestic spying. Mr. Snowden’s employer, defense contractor Booz Allen Hamilton, said on Tuesday it had fired the 29-year-old infrastructure analyst for violating its ethics code. Russia has offered Mr. Snowden political asylum in light of the recent revelations against the U.S. US officials say the snooping program known as Prism, revealed in last week’s leaks, is authorized under the Foreign Intelligence Surveillance Act (FISA). It gives the US National Security Agency (NSA) the power to obtain emails and phone records relating to non-US nationals. But details about the individuals targeted under the act remain secret, and there are concerns the NSA is overstepping its powers. Documents leaked to the Guardian and Washington Post newspapers claimed the US authorities had direct access to the servers of nine major US technology firms, including Apple, Facebook and Google. Mr. Snowden told the Guardian that individual operatives had the power to tap into anyone’s emails at any time. Although the firms have denied granting such access, saying they agreed only to legal requests, US officials have admitted Prism exists. And on Tuesday, Republican Senator Lindsay Graham said US surveillance of phone records allowed the government to monitor phone records for a pattern of calls, even if those numbers had no known connection to terrorism. One of the Guardian journalists who wrote the Prism stories, Glenn Greenwald, has promised “more significant revelations” to come. In the US, the controversy has focused on the possibility that conversations of US citizens may inadvertently be captured. But overseas, governments and activists point out that US law provides foreigners with no protection. The Liberation Daily in China has harsh words for President Obama: “Five years ago, Obama came to power waving an anti-George W Bush banner. Five years later, he is still exactly the same as George W Bush on invasion of privacy issues.” Russia’s Izvestiya compares the revelations to a dystopian novel: “The frightening reality of the 21st Century is that the world has become a house with glass walls, notions of ‘personal secrets’ and ‘confidential information’ are turning into fiction before our very eyes.” –BBC  EP