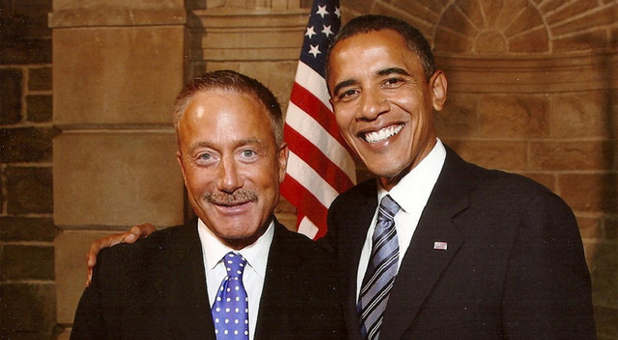 Bean was originally arrested and indicted in November 2014 on charges of sodomy and sexual abuse. The victim was 15 years old at the time of the alleged crimes, and police indicated that more victims may be involved.

The new charges are centered around a man who says Bean engaged in an ongoing sexual relationship with him in 1979 when the victim was only 16 years old. Bean would have been 30 years old during the period in question.

The original issue came to light when Bean's former boyfriend, Kiah Lawson, discovered a hidden camera in the bedroom that had allegedly been used to film Bean having sex with other men.

Reports indicate that Bean and his attorneys attempted to buy off Larson to the tune of $40,000, in exchange for the images and refusing to reveal Bean's "alleged illicit sexual activities." When that failed, Bean shifted to a more aggressive stance.

Through his attorney, Bean has denied all charges, claiming to be the victim of an "extortion ring" and that the allegations against him should not be taken at "face value."

Despite his protestations of innocence, Bean has taken a leave of absence from the HRC. The organization also released a statement that seems eager to distance themselves from the controversy.

"Terry Bean has taken a voluntary leave of absence from the HRC board until his issues are resolved," HRC spokesman Fred Sainz told CNN in November. "Bean is just one of 80 board members, none of whom have daily oversight or responsibility for any of our programs."

Sainz said the the organization "does tremendous work to make America a more just and equal nation" and claimed that the work is "vital and is bigger than any one individual."

In addition to his work with the HRC, Bean is also the founder of the Gay and Lesbian Victory Fund, and is a prominent figure in Democratic politics. He has helped raise substantial sums for the campaigns of President Barack Obama, Senator Harry Reid and Representative Nancy Pelosi, among others.

According to CNN, Bean helped raise more than a half-million dollars for Obama's 2012 re-election campaign alone. Obama himself has publicly called the activist as "a great friend and supporter" whom the president has hosted on Air Force One while in office. Charisma