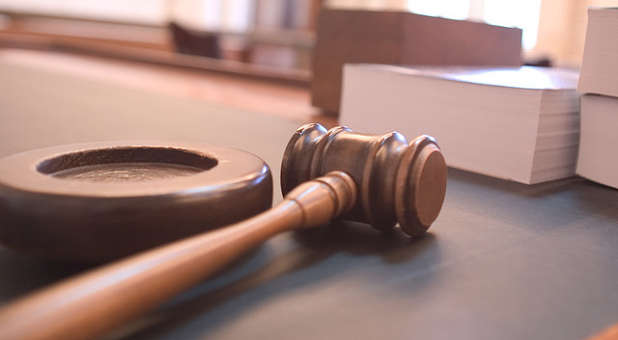 A Canadian court has just ruled that an evangelical Christian law school must change its code of conduct to accommodate LGBT applicants' lifestyle choices if it wants to receive accreditation.

British Columbia's Trinity Western University hit a major snag in their plans to open a law school next year when the school was denied accreditation by the Law Society of Upper Canada. The university appealed the decision to the Ontario Divisional Court, but the court's ruling agrees with the Law Society's decision.

At the heart of the controversy is the school's "community covenant," a code of moral conduct students must sign not dissimilar from faith-based institutions across North America. One requirement is for students to refrain from "sexual intimacy that violates the sacredness of marriage between a man and a woman."

While sexual abstinence before marriage has long been a cornerstone of faith-based universities' codes of conduct, the advent of same-sex marriage has caused critics of the policies to decry them as being anti-LGBT.

"In order to attend TWU, (LGBTQ persons) must sign a document in which they agree to essentially bury a crucial component of their very identity, by forsaking any form of intimacy with those persons with whom they wish to form a relationship," reads the decision released last week by Associate Chief Justice Frank Marrocco and Justices Edward Then and Ian Nordheimer.

"Contrary to the contention of the applicants, that requiring persons to refrain from such acts does not intrude on the rights of LGBTQ persons, it is accepted that sexual conduct is an integral part of a person's very identity. One cannot be divorced from the other."

The ruling, which had been watched by religious rights advocates in the wake of the U.S. Supreme Court's decision to make same-sex marriage legal nationwide, put religious rights in the crosshairs by the Ontario justice's own admission, even adding that the Law Society's ruling had, in fact, trampled on the religious freedom rights of the university.

"We conclude that the decision of the respondent does have the effect of interfering with the applicants' rights to religious freedom," the ruling read, despite upholding that very decision.

Another line from the ruling sure to draw the concern of religious freedom advocates: "[T]here is a qualitative difference between actions that threaten the very existence of a religious belief and those that simply interfere with, or impede, a religious belief." In the wake of charges of judicial activism against traditional religious rights in the Western world, sentiments such as that reek of the precipice of another slippery slope.

"A faith community's commitment to a traditional view of marriage should not become grounds for denial of religious rights and refusal of full participation in society," reads a statement issued by the university.

"The Court's finding that there has been a breach of religious freedom rights in this case is critically important," Saffold said. "The Court's ultimate decision against TWU is starkly at odds with the Supreme Court of Canada's 2001 decision directing approval of TWU's teacher education program.

"It points a knife at the freedom of faith communities across Canada to hold and practice their beliefs." Charisma