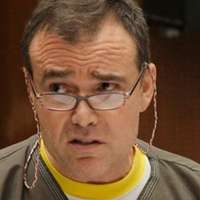 A chef from California, who killed his wife and cooked her corpse in boiling water was sentenced to 15 years in prison on Friday.

Acting as his own lawyer, David Viens gave a 40-minute speech during the court session in Los Angeles, he said that the story that he had told police earlier about stewing his wife’s cadaver was a lie — and that he deserved a new trial, the New York Daily News reported.

According to the Los Angeles Times, he told the judge that he loved his wife and he didn’t cook her.

In two separate police interviews played for jurors during trial, Viens described how he had bound and gagged his wife’s mouth, feet and hands with duct tape so that he could sleep in peace back in October 2009.

He claimed that he found her lifeless four hours later.

He previously had told Los Angeles County sheriff’s detectives that he had placed the body of 39-year-old Dawn in a 55-gallon drum filled with water and left her to simmer for four days in his restaurant near Long Beach, the Thyme Contemporary Cafe.

The 49-year-old later claimed that he had not been thinking clearly when he made the confession in early 2011.  India.com