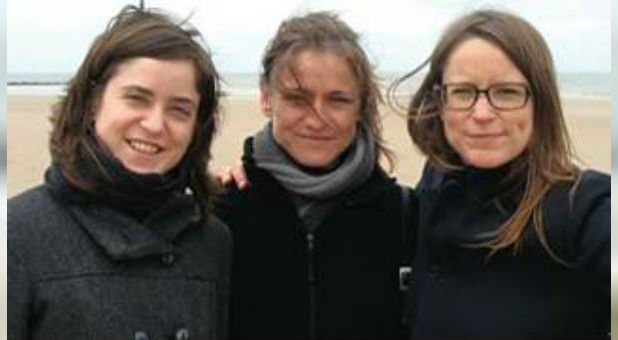 Two women have spoken out about the euthanasia of their sister, Tine Nys, in Belgium.

On Christmas Eve 2009, Tine, who was 37 at the time, announced her intention to pursue euthanasia, following a split from her boyfriend.

She was killed by lethal injection on April 24, 2010, with her parents and her sisters Lotte and Sophie by her side.

In a recent interview with Terzake, a Flemish current affairs television program, Lotte and Sophie expressed their dismay at the attitude doctors took toward Tine's request.

The law requires that two doctors and a psychologist evaluate a person's request for euthanasia. In Belgium, euthanasia on the grounds of "unbearable suffering" is permitted.

In this case, the doctors decided that Tine's breakup was a reasonable justification for her wanting to end her life. The two sisters felt that very little effort was made to persuade Tine to live.

Not only did the three doctors fail to communicate with each other, but they failed to offer treatment for Tine's diagnosed autism.

One doctor described Tine's death as "a lethal injection administered to a favourite pet to end its suffering."

A Flemish psychiatrist, Joris Vandenberghe, commented: "This is really very worrying. The bar for euthanasia should be higher."

An attempt to legalize assisted suicide by Rob Marris Member of Parliament was soundly rejected by the House of Commons last September, but campaigners continue to attempt to liberalize the law in other ways.

The BBC has twice featured documentaries on individuals who have chosen to kill themselves.

Most recently, only this week, BBC Two aired a program documenting Simon Binner's decision to end his life in Switzerland, following a diagnosis of Motor Neurone Disease.

Commenting on the documentary, which followed former businessman Mr. Binner up until moments before his death, Alistair Thompson of Care Not Killing said:

"We are deeply disturbed by this. This has the capacity to encourage others to take their own lives."

Christian Legal Centre clients Nikki and Merv Kenward have been seeking, since 2015, to challenge the DPP's unilateral change to assisted suicide prosecution policy. The change means that health care professionals who help someone to kill themselves are less likely to be prosecuted.

Nikki Kenward was struck by Guillain-Barre Syndrome in 1990, leaving her completely paralysed for five months, only able to wink her right eye. Today she is wheelchair bound and cannot hold a needle or tie her shoelaces.

The Kenwards campaign against euthanasia and assisted suicide through the Distant Voices campaign group.

Explaining why they requested a judicial review of the policy change, Nikki Kenward said:

"People need to be able to trust that doctors will always protect life, not help to take it. This change undermines that trust. It is liberalisation by the back-door.

"The law is there to protect, but if it is to protect in practice, it must be enforced. The DPP quietly changed the policy without consultation. She must be held to account. Her action puts vulnerable people at risk from dodgy doctors." Charisma