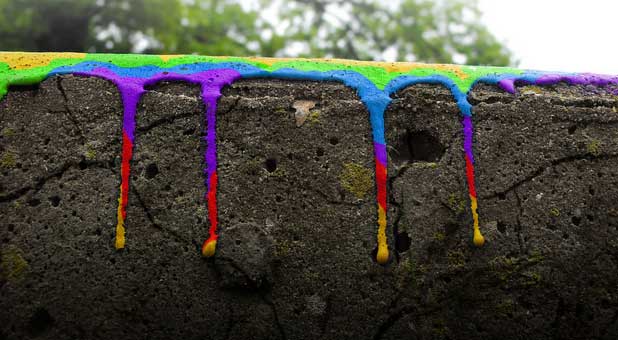 The United Church of Christ (UCC) bills itself as "the church where God is still speaking." Apparently, God's Word is falling on deaf ears of the leadership.

The UCC, which considers itself a mainline Protestant denomination—claiming over 1 million members and about 5,200 congregations in the U.S.—proudly announced it will serve as a major sponsor of the Gay Games. The UCC will now go down in Christian history as the first major denomination to sponsor the homosexual Olympics when the games roll into Cleveland, Ohio, in August.

I guess my jaw shouldn't have dropped when I read the news, considering the UCC in April filed a gay marriage rights lawsuit in North Carolina. But not only did my jaw drop, I'm shaking my head. J. Bennett Guess, one of the UCC's national officers and its first openly gay church executive, calls it a social justice issue and says the denomination prides itself on "being a bold voice for progressive Christianity."

But even denominations that don't consider themselves part of the Progressive Christianity movement are falling into this deception. The Presbyterian Church (USA) last week voted to allow its ministers to perform gay weddings in states where it's legal. On Tuesday, Methodist Pastor Frank Schaefer, who was defrocked for officiating his son's gay wedding, was fully reinstated and the Moravians voted to ordain gay clergy. My research shows there's a long and growing list of gay-affirming denominations, including the Affirming Pentecostal Church International.

Saints, we're seeing 1 Timothy 4:1 playing out right before our very eyes. It's called the Great Apostasy and it's well underway. By the inspiration of the Holy Spirit, Paul wrote: "Now the Spirit expressly says that in latter times some will depart from the faith, giving heed to deceiving spirits and doctrines of demons..."

Back in 2012, I wrote an article titled, "Is the Great Falling Away Already Underway?" In it, I explained that some have indeed departed from the faith because they have engaged with deceiving spirits and embraced doctrines of demons. We've witnessed more than one man of God with a major ministry platform bow a knee to doctrines like universalism, deceiving and being deceived with this deadly heresy. Despite many in the church lifting their voice against heretical teachings, these deceived ministers hold fast to their demonic doctrine.

In the article, I show other examples. I would not have imagined that 18 months later I would have an overflowing list of new ones. That's why I am praying for a third Great Awakening. I am committed to crying out to God to see a cultural transformation—a spiritual revolution.

Although the Great Falling Away is going to happen because it's prophesied in Scripture, I am contending for a revival—a Great Awakening—that will sweep through the nation and cause people to turn back to God. I will not give up. The arm of the Lord is not too short to save, nor his ear too dull to hear (Is. 59:1).