The Earth Trembles at His Presence

The Earth Trembles at His Presence

The Two Temples of the End Times

The Two Temples of the End Times

Prophecy Dude welcomes new readers not only from the United States, but the Czech Republic, Greece, the Russian Federation, China, Israel, Japan, Austrailia, South Africa, Great Britain, Spain, the Netherlands, France, Ireland, Sweden, Singapore, Brazil, Maylasia, Germany, Senegal,Canada and many more! Please share this website with anyone, and print off Prophecy Dude's Blog updates for people who don't have access to the internet.

As you consider end time prophecy based on the Bible, the statement, “It’s all about Israel,” is pretty much true. Israel, and especially Jerusalem, is God’s timepiece. Although we don’t know the exact time or date for Messiah’s return or the rapture of the church, we can know the season. Watching Israel and what happens to Jerusalem especially, will give us a sense for the season of the end. Some of the greatest prophetic events have taken place in recent years, such as the restoration of Israel as prophesied by the Prophet Jeremiah in 30:3, the desert of Israel blooming again as prophesied by the Prophet Ezekiel in 36:35, restoration of the Hebrew language as prophesied by the Prophet Zephaniah in 3:9. We are in exciting times!

It will be especially helpful to know the leaders of Israel so when they are mentioned in the news media, you’ll have an idea for who they are and what their role is in the government. The Israel Ministry of Foreign Affairs website is an excellent source for this information. There you can find all the government officials listed and find brief biographies on each of them. Some of the key ones to watch for are President Shimon Peres, Prime Minister Benjamin Netanyahu, Vice-Prime Minister of Strategic Affairs Moshe Ya'alon, Minister of Defense Ehud Barak, and Minister of Foreign Affairs Avigdor Liberman.  The Prime Minister position is the most powerful.

The Israeli government is divided into three branches similarly to the United States, but it operates more like that of Great Briton. You can read more about it by clicking here.

It’s also good to know about the leaders and government of the Palestinian National Authority. The President of the PNA, Mahmoud Abbas, is from the Fatah political party founded by now deceased Yasser Arafat. The other political party that figures strongly in PNA politics is Hamas which has been closely associated with terrorist attacks on Israel.

Keep an eye on and an ear open as these end time leaders are mentioned and watch what they do and how their actions bring about end time events spoken of in the Bible. They are compelled to fulfill God’s plan for the redemption of Christ’s purchased church, the redemption of God’s chosen, Israel, and the redemption of the earth.

In answer to your inquiry, I consider that the chief dangers that confront the coming century will be religion without the Holy Ghost, Christianity without Christ, forgiveness without repentance, salvation without regeneration, politics without God, and heaven without hell.

Prophecy Dude asks, “Are we there yet?”

Did Peter nail this, or what?

“Knowing this first: that scoffers will come in the last days, walking according to their own lusts, and saying, ‘Where is the promise of His coming? For since the fathers fell asleep, all things continue as they were from the beginning of creation,’” 2 Peter 3:3-4.

Signs of the End Times

Prophecy Dude's website is in a constant flux of change as more features are brought forward to help the reader connect today's news with Biblical end time events. Prophecy Dude welcomes suggestions. For instantly updated earthquake feeds, click the Signs of the Times menu button and then click Earthquakes. There you will find a list of the latest magnitude 5 and greater earthquakes and another feed that will take you to maps of earthquake locations.

On the Home page, click on the Twitter link to follow Prophecy Dude. Here, you can receive alerts and updates, and you can even get them sent to your phone as text messages by following the instructions on Twitter. You can look at Prophecy Dude's latest tweets by clicking the Prophecy Dude's Tweets menu button.

Take a look at the News Feeds page. Here you will find automatically-updated news of interest to Christians often with a focus on signs of the times. There is also a feed from the Jerusalem Post and one that treats news from the Middle East

Prophecy Dude understands that many people are interested, but confused and frustrated with Biblical end time discussions. People are confused because there seem to be several different interpretations of the end time. They are definitely interested in the future and especially their role in the future, but Revelation seems crazy with the dragons, beasts, and fires.

Prophecy Dude believes in simplicity. He believes Jesus was the true great communicator because  not only did He have to be real to the fisherman and rulers of His time, but his message transcended the ages in order to be a true and relevant message for everyone, including us. Jesus' messages were simple and pointed. Prophecy Dude tries to keep it simple and pointed. At anytime, if there is something the reader doesn't understand or if they want more information, they can email Prophecy Dude or message him on the feedback form.

Click here for current information on world emergencies and disasters 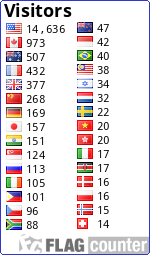 08/03/2012 12:37
I believe we are entering into a season of rapidly increasing end time prophetic events. In order to serve our readers better and in an effort to increase readership, we are considering setting up an email list service. This service will deliver to your email inbox the Prophecy Dude Report and...
Free Website Builder
Build your own free website in 30 minutes. You will love it!